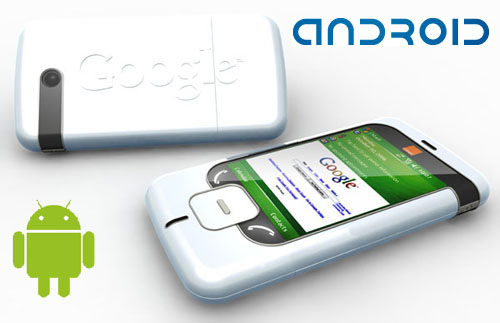 This ABA Journal article notes that Oracle Corporation acquired the developing company behind the Java program language in April 2009.

Oracle Corporation has been steadfast in its commitment to creating a (closed or open) source writing software to enable application developers to create products that work across platforms for operating systems on home computers, mobile devices,  notebooks, cellular phones and tablet computers.

Pursuant to its goals and after it acquired Java, Oracle has pushed to make Java FX the single source code used to write applications across these different platforms.

However, Google’s Android operating system has been developed contrary to Oracle’s wishes. Google has given the general public the ability to write applications in code using Google-developed Java libraries under the Apache License, an open source and free software license that does not incorporate Oracle’s Java FX.

TheRegister commented on this conflict in its recent post, Oracle, Google, and the survival of the fittest Java;

“A conflict was inevitable given Oracle's Darwinist belief in being number one and not living in someone else's shadow. That's why Oracle backed Linux in the 1990s. It didn't want it's software to be dependent on a single company's operating system roadmap. Now, for the same reasons, it's backing closed source. Java FX remains the only member of the Java family not open sourced and completely in control of the code's owner.

There's an obvious conflict, as Google and now Oracle are promoting similar visions and architectures that combine mobile and desktop Java. Oracle has clearly ordained JavaFX Mobile as its software of choice for building feature-rich, cross-platform applications across myriad devices.

As open source developer and activist Bruce Perens noted in his blog, Android has sidestepped both the usual Java interface options of AWT and Swing. Google has created its own interface toolkit instead. It's this point that Oracle seems to have pounced on, in order to claim Android doesn't conform to the official Java SE or Java ME specs.”

Wiki’s Android (operating system) page helps to explain the interplay between the Google Android and the (allegedly) infringed upon Java technologies;

The patents opening up Google to potential liability were procured by Oracle when it acquired Java. Pursuant to this, following is a Timeline of Oracle’s relationship with and development of Java products;

A Google spokesperson told Bloomberg that Google had yet to be served and couldn’t comment further about the patent infringement dispute.

Follow any of the links below for more information on the ongoing patent infringement dispute between Oracle and Google;

ORACLE VS. GOOGLE OVER JAVA: ANDROID LAWSUITS MAY BEGIN TO PILE UP

Google Android: 10 Things Every New User Should Know About the Mobile OS

The law favors the one who has worked hard and has been creative and original. But provisions in the law do not ensure the prevention of violations.