Specializing In Patent & IP Issues: Traverse Legal has a registered patent attorney and/or patent agent available to assist you across a wide range of patent matters including: Patent Infringement; Due Diligence; Patent Litigation; Patent Right Enforcement; Patent Indemnity; Patent Prosecution; Patent Protection; Patent Validity and Patentability. Whether you are an inventor or company whose patent rights are being violated, a company looking to extend your intellectual property portfolio or you require a patent litigator, our lawyers can add experience and business judgment to your team.

Attorney Katie Horvath: "Traverse Legal's patent attorneys know patent law and pride themselves on advanced litigation techniques which are both cost-effective and budget oriented. When it comes to patent infringement, threat letters, litigation, assessment & prosecution, Traverse Legal has you covered.  When it comes to client service, there are very few firms that can match our capabilities. Because we are a boutique litigation law firm, we know how to strategically and efficiently accomplish our client's patent and idea protection goals." View Katie's of-counsel profile here.

When inventors consider how to protect their rights in a new invention, they often do not full appreciate all of the patent options available to them.  There are three types of patents in the U.S: utility, design, and plant.  Utility patents are the most common type of patent protection.  Utility patents are typically available for inventions which serve a function, although other elements of the invention may be covered by design patents or copyrights. 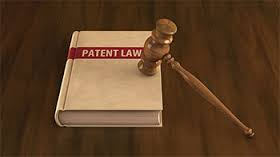 How to Patent according to the Patent Office

So you have a unique product or idea that you believe should be patented.  The United States Patent and Trademark Office (or USPTO) has a dedicated page on their website offering information on how to file for a patent, which is a great resource to use if you are thinking about filing for a patent.

On this page, the USPTO has listed definitions and links for the filing of three different types of patent applications.  Those include:

Each of the links take you to a new page that provides detailed information on how to file that particular type of patent and the supporting documentation that is needed for each of these patent applications.  However, there is a considerable amount of information for each of these patents that needs to be reviewed in order to correctly submit the application and required supporting documents.  The USPTO has noted that if you are looking to have legal assistance in the filing of your patent application that “you should select an attorney/agent who is registered to practice before the PTO”.  Due to the complex nature in filing of a patent application, having an experienced and registered patent attorney could increase your chances for a successful filing with the USPTO.

Continue reading "How to Patent according to the Patent Office" »

Welcome to Patent Law Radio.  We bring you the best in patent and invention news, legal advice and information.  From patent prosecution to patent litigation, we cover the issues here.

Matt Plessner:  Hello and thanks for tuning in to Patent Law Radio. My name is Matt Plessner and today we would just like to give you an overview of patents.  What are they?  How do you know when you should patent something and so on and so forth?  And to help us out, we are speaking today with patent attorney Jason Young from the Traverse Legal office of Traverse City, Michigan.  Jason, thanks a lot for joining us today.

Matt Plessner:  Now Jason, to start us off, can you please tell us what it means to patent something?

Jason Young:  Sure.  A patent is a right granted by the federal government to exclude others from making, using, selling or importing an inventor’s invention in the United States and its territories, and that’s one of the common misconceptions a lot of people have about patents.  It’s not the right to do something.  It’s not a monopoly necessarily, but it is a right to exclude others from those activities.  Making, using, selling and/or importing, or offering for sale too.  So, if somebody has a patent right, then they’re entitled to block other people from engaging those activities with respect to the invention that is covered by the patent in the U.S.  A patent is national in scope.  It has no effect outside the United States and its territories.  There is no such thing as international patent yet.  But as soon as a product that infringes a patent hits the shores of the U.S., then the patent holder can do something about it.

Matt Plessner:  And Jason, what can be patented?

The USPTO unofficially gives new guidance to an approach to 35 U.S.C. 101 "usefulness" patentability determination for software patents.  In commenting on a recent Federal Circuit court decision regarding 101 (usefulness) patentability for software inventions, the USPTO in a blog post stated that patentability criteria regarding prior art (102 novelty and 103 obviousness) might be addressed first, before section 101 comes into play.  Specifically, the USPTO and the Federal Circuit noted that 102 and 103 (along with 112 definiteness and enablement) typically do the lion's share of work in disqualifying inventions that are not worthy of a patent, and that section 101 need not be addressed first.  Rather, that determinations of validity/patentability may be more streamlined by addressing the 102, 103 and 112 criteria before turning to the 101 inquiry.  Software related inventions have been controversial under 101 criteria, and other recent Federal Circuit court decisions have been harsh on patentability for this type of invention.  The USPTO hinted that applications meeting 102, 103 and 112 requirements would not likely receive 101 rejections.  Should the USPTO adopt this order of examination in practice, perhaps we will see fewer 101 rejections and focus on overcoming prior art based rejections instead for this type of invention.  This could be a step towards lessening the 101 focus during examination.  For the full post see:

Patent Troll Loses Claim Over Ownership of the Internet.

Michael Doyle and his company Eolas Technologies, which claimed patent ownership in interactive elements on the web, had its claims struck down by a Texas federal jury.

Women Inventors On the Rise

In March the USPTO will unveil a new study regarding women inventors and patents.  In 2010, the U.S. saw a 35% increase in women receiving patents from the the prior year, totaling over 22,000 patents granted to women that year.  The USPTO, in conjunction with the National Women's Business Council, will pay tribute to women inventors during March and will unveil the 2011 results of the study.  With AIA changes, patent applications will now be tracked by gender.  The USPTO has tipped its hat a bit prior to the Mar. 1 unveiling, to indicate that the number of women applying for and receiving patents and trademarks over the past 5 yrs. continues to rise.

As part of the process of policy making for implementation of the America Invents Act (AIA), the USPTO will be hosting a series of sessions for gathering public comment on proposed implementation and policies for implementing the AIA changes signed into law by Congress.  This roadshow will take place this spring across the U.S. to give independent inventors the opportunity to meet with USPTO officials and comment.  It begins in Alexandria, VA (Feb. 17), continues through the US.: Silicon Valley (Feb. 24), Salt Lake City (Feb. 27), Dallas (Feb. 29), Fort Lauderdale (Mar. 2), Boston (Mar. 5) and Chicago (Mar. 7).

The USPTO is planning to open a satellite patent office in Detroit.  The USPTO has had difficulty retaining enough patent examiners in recent years to wade through the increasingly large backlog of patent applications awaiting examination.  One reason for the difficultly in retaining patent talent is the high cost of living in the Alexandria, Virginia area near the USPTO headquarters, as compared to the modest patent examiner salary.  In an effort to retain talent, the USPTO will be opening three new satellite patent offices.  The patent office has already identified Detroit as one location and the other two locations are up in the air.  You can provide input to the PTO as to where the offices should be located.  The deadline for public comment on the future PTO office locations is January 30, 2012.

The USPTO requests comments to be in writing and submitted to satelliteoffices@uspto,gov and to provide information that supports the USPTO's purposes of establishing satellite offices to increase outreach activities to better connect patent filers and innovators with the offices, enhance patent examiner retention and improve recruitment of patent examiners.