Who Other than the Employee Should Receive the Non-Compete Threat Letter?

Continue reading "Who Other than the Employee Should Receive the Non-Compete Threat Letter?" »

Big businesses and their lobbyist have been working hard toward pushing the 113th Congress to do more to protect trade secrets, particularly, on the international front. There are a number of bills pending, 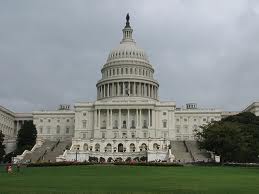 including legislation under the Economic Espionage Act of 1996 (EEA) that currently only provides for criminal prosecution for violations, but would allow trade secret owners the opportunity to bring civil actions against foreign defendants or defendants located outside the United States for trade secret misappropriation.  Another bill under the EEA would also provide for a private cause of action for trade secret theft against defendants who are located in the United States.   These private rights of action under the EEA, if passed, would assist companies that face trade secret theft both domestically and internationally.  The end result would provide greater intellectual property rights over sensitive or proprietary data.  Consumer data has become a more important tangible asset to many businesses and appears to be the impetus for these pending bills under the EEA.

Another pending bill in Congress is under the Cyber Economic Espionage Accountability Act (CEEAA) and would permit the President to identify and penalize foreign officials that commit or aid in cyber-spying or trade secret theft through a variety of diplomatic and economic sanctions.  There is also legislation being debated under the Computer Fraud and Abuse Act (CFAA) to include criminal penalties and additional damages related to critical infrastructure computers such as those that control chemicals or electricity.

How to Best Obtain a Non-Compete Agreement?

Posted at 09:21 AM in Non-Compete & Non-Solicitation Agreement Basics, Non-Compete Issues For For Employers: Protecting Your Business From Unfair Competition | Permalink | Comments (0) | TrackBack (0)