Intellectual Property Law Firms | Yes, You Can Register a Goat!

Lars Johnson’s Al Johnson's Swedish Restaurant boasts enticing Swedish-meatball sandwiches and pickled herring, but what really attracts customers to Lars’s Restaurant are the goats that will be grazing above patrons on the grass covered roof. 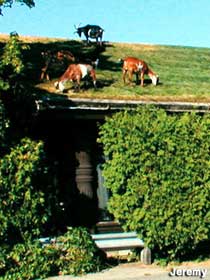 An ABAJournal article states that this goat-roofed restaurant located in Sister Bay, Wisconsin, has been using rooftop goats to attract business 1973 when a goat was given to Lars as a gag gift.

Lars trademarked the rooftop goats marketing ploy in 1996 and since then has doggedly (or should we say goatishly) pursued action against instances of alleged infringement of intellectual property (IP). Indeed, the Wall Street Journal reported that;

“Since the restaurant obtained its trademark, it has been “on constant lookout for other cloven-hooved intellectual-property violations,” the intellectual property story says. A Wisconsin gift shop with a fake goat on its roof received a cease-and-desist letter, while a Georgia grocery store and gift shop found itself a defendant in a federal lawsuit.”

Since getting the trademark, Lars hasn’t hesitated to protect his rooftop goats trademark against infringers. A Wisconsin gift shop that for a short time displayed a fake goat on its roof was sent an effective cease-and-desist letter. While a gift shop and a grocer in Georgia was named defendant in a federal trademark infringement lawsuit.

This is only a preview. Your comment has not yet been posted.

The letters and numbers you entered did not match the image. Please try again.

As a final step before posting your comment, enter the letters and numbers you see in the image below. This prevents automated programs from posting comments.

Having trouble reading this image? View an alternate.

Comments are moderated, and will not appear until the author has approved them.

(Name and email address are required. Email address will not be displayed with the comment.)