It all starts with a tweet.  A moment in time where someone speaks her mind in 140 characters or less.  By all appearances, it sounds harmless with so many tweets each day.  However, a tweet may lead to a lawsuit for internet defamation.  Internet defamation attorneys are very aware of this, but the ever-growing number of people on Twitter are finding out, sometimes the hard way, that statements made on social media platforms like Twitter are equally subject to claims for libel.  A recent story on online defamation law highlights but one example where a National Basketball Association (NBA) referee is suing an Associated Press (AP) writer over a tweet made during a basketball game.  The story notes:

The problem of identifying who wrote that vicious article, blog post or comment is a thorny one for anyone who has experienced defamation of character on the internet first hand.  In deciding whether to grant a petition and/or cross-petition for a writ of mandamus the Ninth Circuit rejected application of the high-bar it had previously set with the Cahill standard for deciding whether to compel the identification of anonymous Internet speakers.  This decision has implications for clients who have been the object of libel by an unknown author, on the internet. 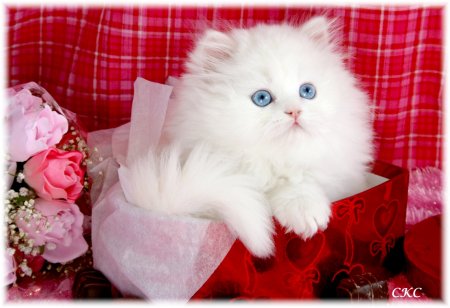 Be careful who you defame, and where you defame them.  If they are located in a far away state, you might be dragged into court and sued for online defamation in a far away state.  You probably don't know an internet slander attorney there.  And it is going to cost you money to defend the case.

Cases of online defamation on Twitter (and Facebook) continue to rise. It is not surprising given how fast it easy it is to let your emotions come to the surface when someone makes you mad.

In this case, a tenant who was sued for defamation by her former landlord.  The internet defamation lawsuit involved a defamatory statement made on twitter allegedly implying that her apartment contained mold. The defamation lawsuit   was dismissed by an Illinois judge who ruled that the tenant’s Twitter statement, “You should just come anyway. Who said sleeping in a moldy apartment was bad for you? Horizon realty thinks it's OK,” was not defamatory.  Instead, the court ruled, the statement was rhetorical hyperbole that was readily apparent based on the context of the Twitter message.

If you are being sued for defamation or have been the victim of Internet defamation, slander, or libel,  contact one of our expert online defamation attorneys today at 866.936.7447.

Internet Defamation, Google Bombs and Reputation Management - Is Your On-Line Reputation At Risk?

Internet defamation of character is becoming rampant.  Contacting an internet lawyer who specializes in internet defamation is only one part of the solution.  In this Traverse Legal Radio spotlight, Sue Scheff discusses her first hand experience as the target of an on-line reputation smear campaign including her $11.3M Verdict against the perpetrators  .....

A recent article over at Ars Technica illustrates how courts will limit anonymity when it serves only to protect the origin of defamatory statements posted on the Internet.  Despite the protections of the Communications Decency Act, courts will often require that the identity of an anonymous blogger be revealed in an internet defamation lawsuit.

Defamation & Slander of Character Attorney | Can A Domain Name Support a Claim?

Domain Name Defamation of Character?  A recent 'celebrity cybersquatting' controversy over Glenn Beck filing a Complaint under the UDRP with the World Intellectual Property Organization (WIPO) seeking transfer of the domain www.GlennBeckRapedandMurderedAyoungGirlIn1990.com has stirred passion among many internet law attorneys.  The web site, designed as a parody of Glenn Beck's entertainment style of asking rhetorical questions as accusations without having to investigate the truth of the matter, does has First Amendment protection.  The question is whether the anonymous owner of the web site, has stretched his right to freedom of speech too far.  Are the web site and domain name online defamation or slander? Can a domain name itself be defamatory? The tension between freedom of speech and defamation is considered here with more articles on defamation below.

A recent New York Supreme Court ruling has required Google to reveal the IP address and email address of an anonymous blogger charged with Internet defamation.  The case involved anonymous Blogger.com postings about New York resident Liskula Cohen, a Canadian-born model who has appeared in popular fashion magazines.  Cohen’s attorney alleges that the postings constitute online defamation and he requested that any information in the hands of Google identifying the anonymous blogger be turned over to the Plaintiff’s counsel.

Defamation & Online Slander Lawsuits: Cases Against Bloggers On The Rise

An out of work real estate agent, who blogged about Anna Nicole Smith, was jailed for not turning over her computer in an online defamation case brought about by Ms. Smith’s mother, Virgie Arthur.  Lyndal Harrington is accused of spreading lies that Ms. Arthur married her stepbrother and abused Ms. Smith as a child.  When court ordered Harrington to turn over her computer or face incarceration, she told the Court that the computer had been stolen during a burglary less than a week after being subpoenaed.