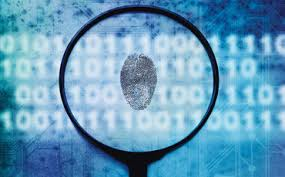 “On September 9, 2012, Darren Meade published Ripoff Report Complaint No. 938843, which purports to be the results of his investigation into the corruption surrounding Tracey Richter's criminal prosecution and conviction, but which is nothing more than Darren Meade's and Ripoff Report’s efforts to harass and defame the State's witnesses in retaliation for their testimony against Tracey Richter.”

“Darren Meade also testified that he and Adam Zuckerman hired a number of people to dig up and publish defamatory information about Dr. Scott Connelly and another individual adverse to their criminal organization, with the intent to "destroy [their businesses and reputations] and make it so [they] were unable to have gainful employment."

Darren: Your threats of a lawsuit for defamation as a result of posts on the internet are kind of ironic, don't you think?

You would think you might understand the law of defamation on the internet given your background. let me address your specific points directly.

Where does the post say you did? You understand that defamation requires false statements of fact. Usually it is the 'false' element which can be tricky. In your case, you seem to fail to appreciate that someone has to have made the statement you complain about.
..
"Furthermore, I was not personally called or emailed about these allegations. TraverseLegal Attorney and Advisors chose to publish this story without any direct communication or contact with me."

Feel free to contact us or comment on this thread. However, we are merely reporting on an official report, that being the Search Warrant Affidavit submitted by SAC County attorney. The fair reporting privilege allows us to report what is contained in the affidavit since it complies with the following guidelines..

Your source is an official public document or statement by a public official on a matter of public concern;

You properly attribute the information to that source; and

You fairly and accurately portray the information from the document or statement.

DISAVOWED: Darren M Meade Responds To Allegations By TraverseLegal Attorney and Advisors That He Committed Fraud, Witness Intimidation and Other Flaming Aspersions.

DISAVOWED: Darren M Meade Responds To Allegations That He Worked With Adam Zuckerman, Edited Ripoff Reports, With An Emphasis on Michael Roberts Rexxfield and other flaming aspersions as published by TraverseLegal Attorney and Advisors.

These allegations are denied; neither Darren M. Meade, or any of advocates have anything to do with the with the patently false allegations in the 120 page search warrant written by Michael Roberts Rexxfield and Sac County Iowa Attorney Ben Smith in regards to http://traceyrichter.com.

Furthermore, I do not condone the publication of fictitious complaints about ANY organization, even those that support Michael Roberts Rexxfield.com My advocacy is legitimate and factual protected free speech, it is also effective, we do not need to embellish the activities with lies as Michael Roberts and TravereLegal Attorney and Advisors have done with this post.
- See more at:

In or around April of 2011, I was threatened with arrest if I set foot in Iowa under the false pre-tense I attempted to interfere with the murder investigation of Dustin Wehde. It was while investigating that I learned of the relationship between Michael Roberts, and Sac County Attorney Ben Smith. I was threatened with arrest before the Tracey Richter murder trial and even before she was arrested. I continued to research the story, like I would with any investigative reporting.

“There was no litigation in this matter, or statements taken from anyone in our office. The player was represented by the MLBPA, and hired independent counsel to aid in his defense. MLB and the MLBPA then worked out a settlement. We were not a party to those negotiations. Anyone curious about the counsel we gave our client should examine the statement that Ramirez gave the media following his settlement. Ramirez admitted use, and did not offer a legal defense.

Furthermore, I was not personally called or emailed about these allegations. TraverseLegal Attorney and Advisors chose to publish this story without any direct communication or contact with me.