« What Damages are Available for Online Defamation? | Main | Ripoff Report pulled in as part of a Criminal Investigation » 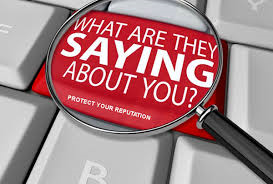 So...you have no remedy when the person defaming you is serving a life in prison sentence or is otherwise uncollectable and your reputation remains ruined. There needs to be a law that provides a "take-down" remedy in such situations!