For whatever reason, doctors and dentists are targets of online defamation by patients and, sometimes, competing doctors and physicians.  As an internet law-defamation attorney, I handle a large number of 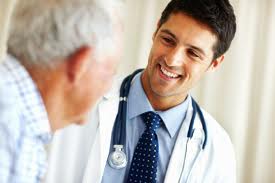 doctor and dentist defamation cases.  I have always believed that the reason doctors, dentists and physicians are the target of online liable and slander is because of the special relationship they have with their patients.  A patient who has had a bad medical outcome sometimes feels that someone has to be responsible.  They don’t accept that not every outcome is going to be a good medical result.  The desire to blame someone often falls on the doctor, dentist or physician.

Some trends that we are starting to see in doctor defamation cases are as follows:

The United States 6th Circuit Court of Appeals in Cincinnati took up oral arguments on the fast becoming famous case of Jones v Dirty World Entertainment Recordings and its found and owner, Nik Richie.  The trial court in the case by way of jury trial awarded the Plaintiff damages in her defamation claim that The Dirty website had posted false and defamatory information about her concerning her sexual activities as a Cincinnati Bengals Cheerleader.  The Dirty relied on Section 230 of the Communications Decency Act (CDA) which allows a web host who simply allows third-party commentary on its website immunity from defamation claims.  The trial court found that in the case of Nik Richie and The Dirty that it did more than simply provide third parties with a place to post their comments.

“In the view of this Court, the Act’s text indicates that it was intended only to provide protection for site owners who allow posting by third parties without screening them and those who remove offensive content.  If, however, the owners, as in the instant case, invite invidious postings, elaborate on them with comments of their own, and call upon others to respond in kind, the immunity does not apply.”

Amicus briefs were filed by many, including Google and Facebook siding with The Dirty and claiming that the Court’s interpretation of Section 230 immunity under the CDA would subject them to needless claims for internet defamation.  It will be interesting to find out whether the 6th Circuit Court of Appeals upholds the trial court and use of the case to emphasize what the trial court emphasized and that is that Section 230 Immunity only shields a web host from defamation claims if they do not become involved in soliciting or creating the content.

Online Defamation has many available resources which can be reviewed for more information:

Traverse Legal will post an update once the Court makes a decision.