In an opinion filed July 20, 2010 in the U.S. Court of Appeals for the Fifth Circuit, Circuit Judge Emilio M. Garza ruled that Defendant General Electric did not infringe on a power supplier’s digital copyrights when it used protected software unlocked through a hacked security key.

This ruling is representative of a circuit split with the majority of the nation’s courts on whether bypassing digital rights management (DRM) for purposes that do not violate copyright law constitutes an infringement under the Digital Millennium Copyright Act’s (DMCA) anti-circumvention provision.

US Supreme Court Attempts to Tackle Employees Right to Privacy in Electronic Communications via Company-Issued Devices, Gets its Feet Wet

United States Supreme Court (USSC) recently decided a case involving a government employee’s right to privacy of electronic communications made over a company-issued device. The Court delivered a narrowly tailored decision and held that a police department’s review of an employee’s text messages did not violate the employee’s Fourth Amendment rights.

The USSC rendered its verdict on June 17, 2010 for the case of City of Ontario, California v. Quon, No. 08- 1332, (it is important to keep in mind the plaintiff in this suit is the California located City of Ontario, not to be confused with the Canadian Province).

Defendant in this suit is Jeff Quon who was a police officer and member of the SWAT team for and employed by the City of Ontario. The cause of action accrued after the City issued pagers to its SWAT team in 2001 so the team could more quickly respond in cases of emergency. Apparently the City paid for a limited number of characters to be electronically transmitted monthly for each pager it handed out. Quon quickly exceeded this limited number (from the first month on) and was given an option by his supervisor either to pay the overage costs or have the City to conduct an audit of his texts to determine whether the overages were work-related or personal. Quon chose and continued to pay the overage fees.

Continue reading "US Supreme Court Attempts to Tackle Employees Right to Privacy in Electronic Communications via Company-Issued Devices, Gets its Feet Wet" » 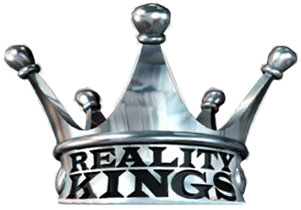