How to Transfer Ownership of Your App

Developers of apps, whether made available via Apple, Apple’s iTunes Store or via Google Play, I have seen an increase in interest from perspective purchasers of such apps.  Whether it is an app or a game, individuals and companies are interested in purchasing apps that have been developed and made available to the consuming public.  Online market places, such as Flippa, even provide means through which you can sell your apps.  However, as with any sale and purchase of an asset, there are legalities involved with which an internet lawyer can help.

There are essentially two steps to transferring ownership of an app.  The first requires transfer of the app from one developer account to another, which may occur by following Apple’s iTunes Connect Developer Guides or Google Play Developer Account instructions.  Regardless, it is critical to ensure that the app qualifies as one that maybe transferred and has met the necessary criteria for actual transfer.  Once this step is confirmed, the next step is making sure that the actual purchase and sale of the app is memorialized in a written agreement.   This written agreement, which more often than not maybe accomplished via an asset purchase agreement of an app, will outline the necessary obligations of both parties. 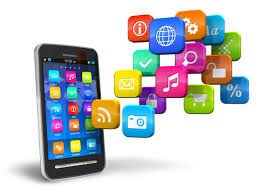 Most importantly, from an intellectual property and internet law standpoint, you will want to make sure that any and all code is transferred, any and all intellectual property, via trademarks, copyrights, patents or trade secrets, are transferred and any other assets, such as social media accounts or other specifics, are transferred.  There are also considerations such as whether or not to use an escrow service for purposes of payment or holding of the source code, especially where the purchase price is not paid in full.  Regardless, recognizing that there are both practical necessities required by both Apple and Google when transferring ownership of an App as well as the legalities to ensure both the Seller and Buyer are properly protected in the transaction is absolutely critical for a successful result.

Just as internet domain names, websites, and software applications became hot targets for deals, mobile app or mobile applications are now ripe for deals.  If you are a mobile app developer, you will want to understand that the sale of your app is one possible exit strategy toward monetization.  If you are a purchaser of an app, you will want to ensure that you are getting everything that you think you are getting as part of that app.  An internet lawyer experienced with mobile applications in both the practical transfer process as well as the legalities is a great first step.

Posted at 12:13 PM in c. Drafting Your Website and E-Commerce Agreements | Permalink