With the offering of new generic top-level domains (gTLD), consumers, domainers and companies can find, purchase and create domain sites that better represent who they are to the right of the dot.  However, this can also create problems for those with already established trademarks and domain 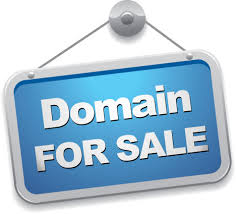 For example, it was recently decided by the Uniform Rapid Suspension System (URS) that a gTLD domain name be suspended because the Complainant met, by clear and convincing evidence, all three elements of the URS requirements:

In the case of the domain name of Mittal.ceo, the Respondent had purchased and intended to use this domain name even though the Respondent was made aware of the fact that there was a registered trademark for MITTAL and that it had been registered with ICANN’s Trademark Clearinghouse.  This fact, along with other supporting evidence that included not having a working webpage up for the domain name Mittal.ceo and having emails that could lead the general public to believe that those emails were for staff members of the MITTAL company, the URS Examiner made the determination that Mittal.ceo was filed in bad faith.   Furthermore, the MITTAL Company, as the Complainant, had shown the necessary supporting evidence of the three elements above to help support the Examiners decision in suspension of the domain name.